I had been to Hyderabad on Offical Progamme, after finishing the Training Workshop i gone around some of the nearby tourist attraction of Hyderabad. 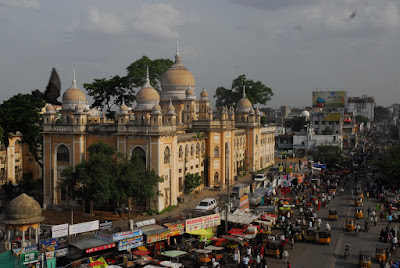 Hyderabad :  is the capital of the state Andhra Pradesh, India. It also goes by its sobriquet City of Pearls. As of 2010 it is the sixth most populous city and sixth-most populous urban agglomeration in India. Hyderabad was founded by Muhammad Quli Qutb Shah in 1591 on the banks of Musi. Today the city covers an area of approximately 650 km². The twin cities of Hyderabad and Secunderabadcome under the ambit of a single municipal unit, The Greater Hyderabad Municipal Corporation.
Hyderabad has developed into one of the major hubs for the information technology industry in India which has earned it the additional sobriquet "Cyberabad". In addition to the  IT industry, various biotechnology and pharmaceutics companies have set up their operations in Hyderabad owing to its established Public sector in Life Science Research and Genome Valley. The city houses the most expensive residential real estate in Andhra Pradesh in Banjara Hills and Jubilee Hills. The city is home to theTelugu Film Industry, which is among the largest in India, known popularly as Tollywood. Residents of Hyderabad are generally called Hyderabadis. Located at the crossroads of North and South India, Hyderabad has developed a unique culture that is reflected in its language and architecture.

how to get there
By Air : Local/International Airport :
By Rail :The twin cities of and Secunderbad are connected to all the major cities of .
By Road : lies on National Highway No. 7 and 9, hence is connected by the rest of the country.Distance from Bangalore to Hyderabad is 562 Kilometers / 349 Miles
From Bangalore-Anantpur-Kurnool-Hyderabad-9hrs journey
places to see
Charminar : Charminar is the symbol of and was built by the ruler Quli Qutab Shah in honor of his Hindu wife. The monument is surrounded by a very busy market place and falls in what is known as the old city 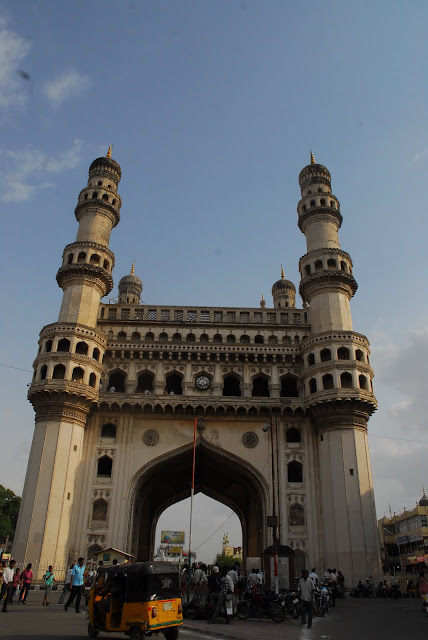 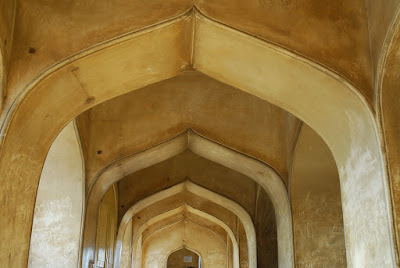 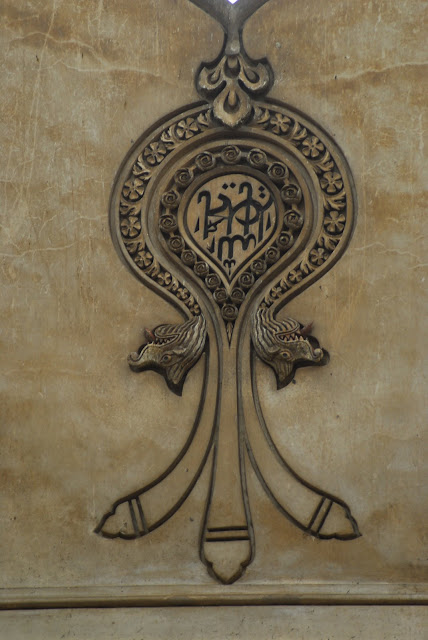 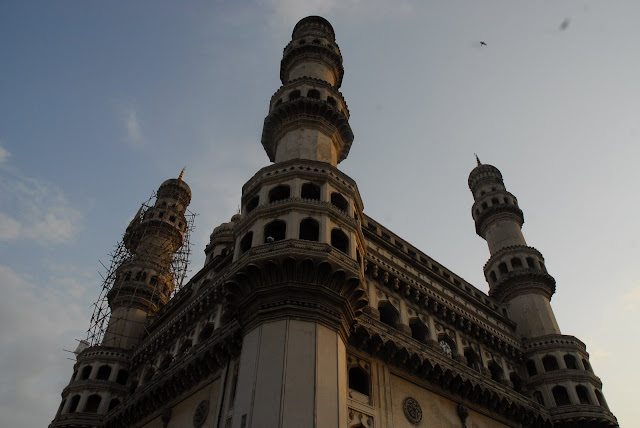 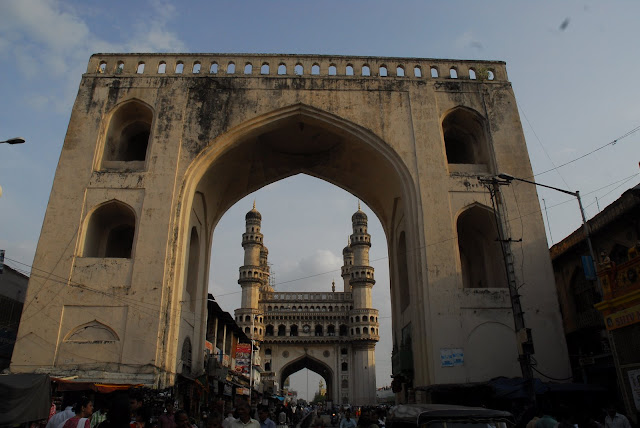 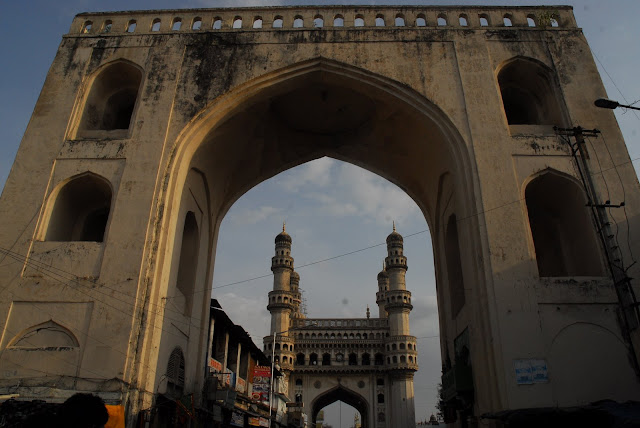 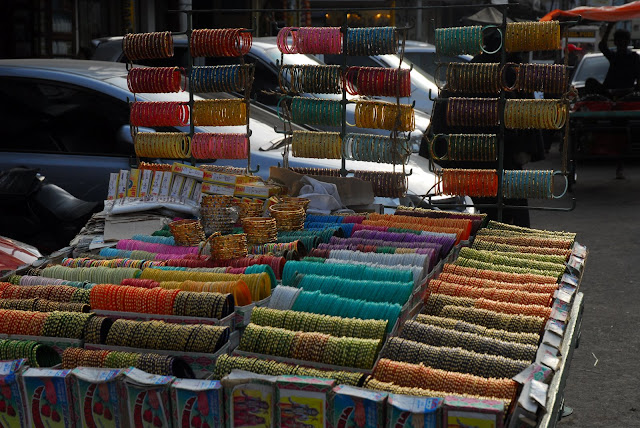 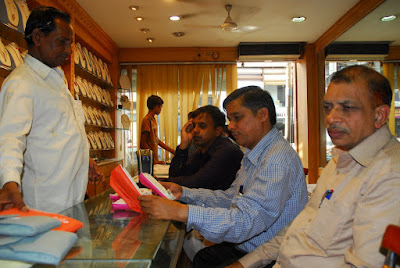 Masjid : Lies next to Charminar. The entrance arches are made of single slabs of granite.
Fort : This fort, originally built by the Kakatiyas, the rulers of the neighboring state, was made with mud. Later, the Shahis converted it into a marvelous piece of architecture using advanced acoustics wherein sound signals could pass from the entrance of the fort to the top without the use of any electric gadgets. There is a sound and light show in the evening which is quiet popular.
Naubat Pahad : These are two hillocks from where announcements were made during the olden days. Nowadays there is a hanging garden.

: This is a 300 acre park filled with various species of birds and animals.
Tank Bund : This is a dam on the Hussain Sagar lake and is famous for the 33 statues of statesmen and a huge monolithic statue of Buddha.
Hussain Sagar : spreads around this lake which is the largest lake in the city. It is surrounded by well maintained parks.
Nagarjuna Sagar : This is the world's largest masonry dam and lies on the river . There is a museum which houses ancient Buddhist sculptures, carvings, and terracotta. 149 km from .
Kolanupuka : It is a 2000 year old Jain temple with a 1.5 m tall jade statue of Mahavira. It is 80 km from .
Tirupathi : A town housing several temples. The black idol of Balaji which stands 2m high and decked in gold can be found here. It is one of the richest temples in . 740 km from .
Kondapur : Excavations here date back to 3000 B.C. Copper, lead and silver coins of Roman, Satachana era and Buddhist period were excavated from here. 90 km from .
Osmansagar : An artificial lake off the river Moosi. Complemented by well kept gardens and swimming pools.
Paigah Tombs : These are 200 year old tombs of the royal nobles made out of lime and mortar with carvings.
Pakhal : This is an old wildlife sanctuary and retreat built around 1213 A.D. Approx 900 sq. km. The sanctuary has wildlife like tigers, leopards hyenas, and deer. 200 km from .
Raymond's Tomb : A tomb for a French soldier who served in the Nizam Army 1786 A.D. 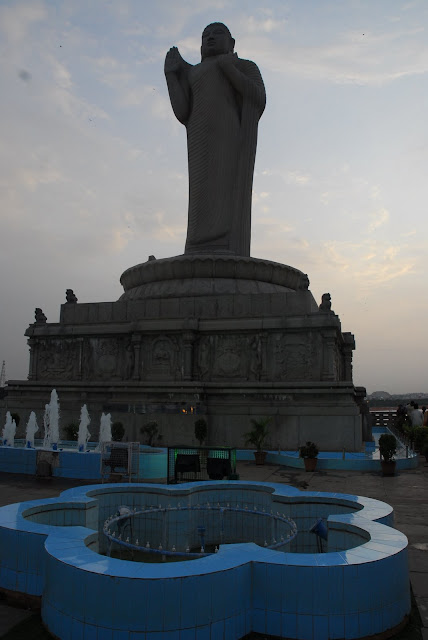 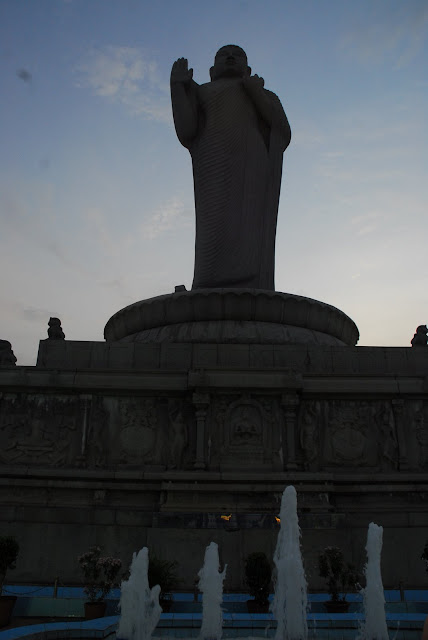 Statue of Buddha
An 18 meter high monolithic statue of Lord Buddha towers over the lake from atop the Rock of Gibraltar. The idea of erecting a giant monolith Buddha statue in the midst of Hussain Sagar lake on the rock was a part of the Buddha Poornima project in 1985. The monolithic statue was chiselled out of a white granite rock, weighting 450 tons. It was carved by 200 sculptors for two years. The statue was transported to in November 1988. After the initial problems, the statue was erected on 12 April 1992 on a red coloured Lotus pedestal. Attached to it, Lumbini park was inaugurated with musical fountains, Bonsai Plants and a boat ride from to the Buddha Statue. The whole atmosphere reflects peace and perseverance. Madan Singh, Civil Engineer with Endowments Department, Govt. of AP. was incharge for chiseling out, design and carve, transport and install the statue at midst of Hussain sagar on Gibraltor Rock 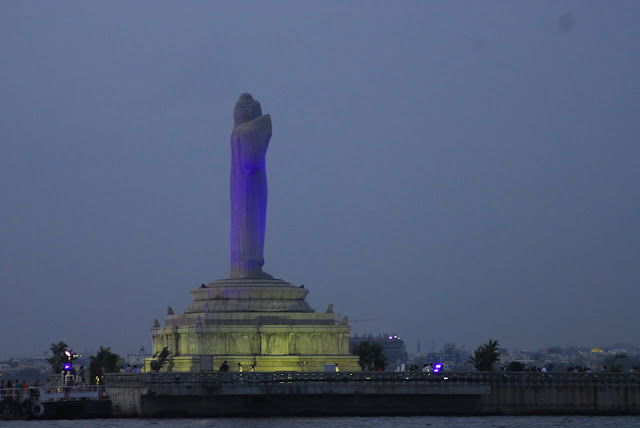 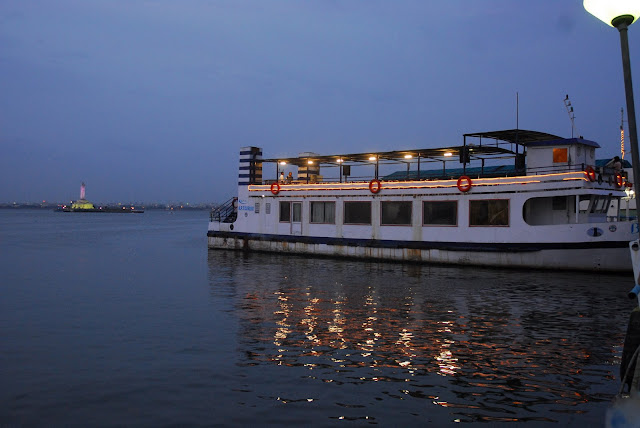 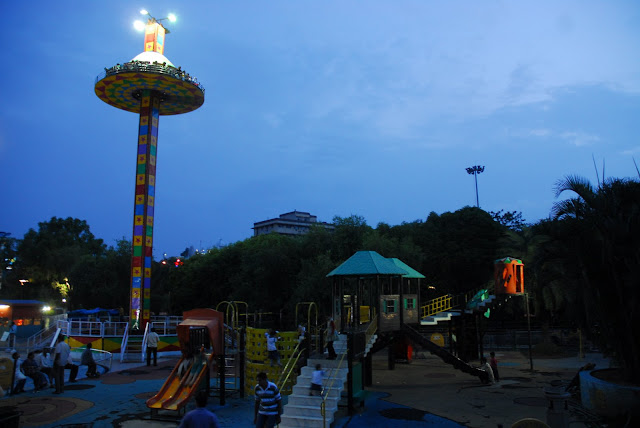 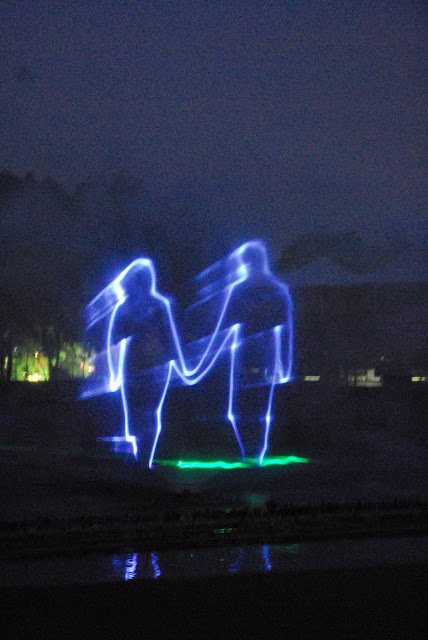 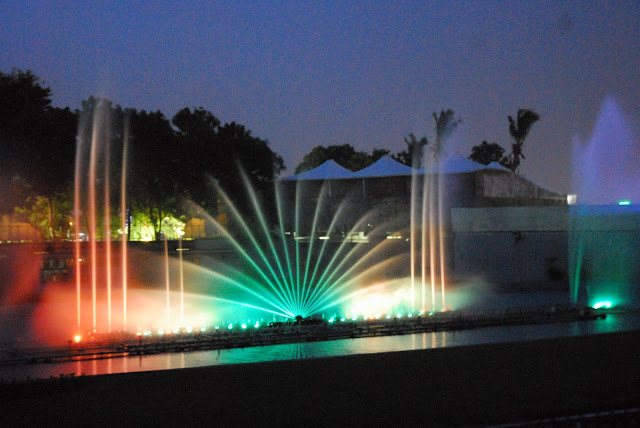 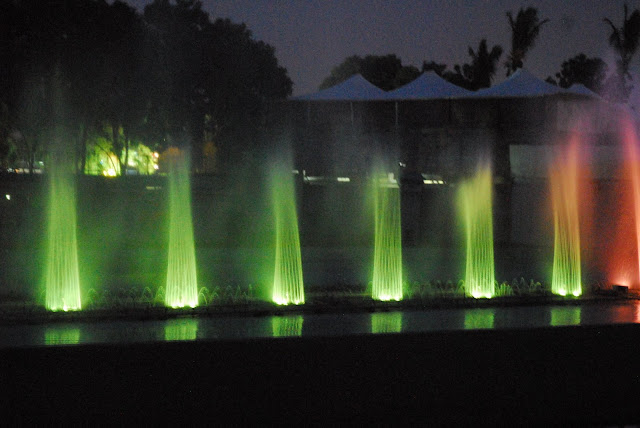 : Ocean park is located at Gandipet in 20 acres of landscaped gardens. The park provides a number of amusement and water rides. The park is also equipped with fast food restaurants offering a variety of cuisine.
: The is a colossal creation. This is 's answer to Universal Studios - nearly 2000 acres, a complete world created for assisting the dream merchants of cinema. Luxury hotels, Japanese gardens, Parisian boulevards, lavish palaces, make-believe airports/railway stations and a host of other fantastic creations.
the IT destination in these parts of the world
Posted by Sateesh N at 7:37 AM

Please do visit the blog on INDIAN Wedding